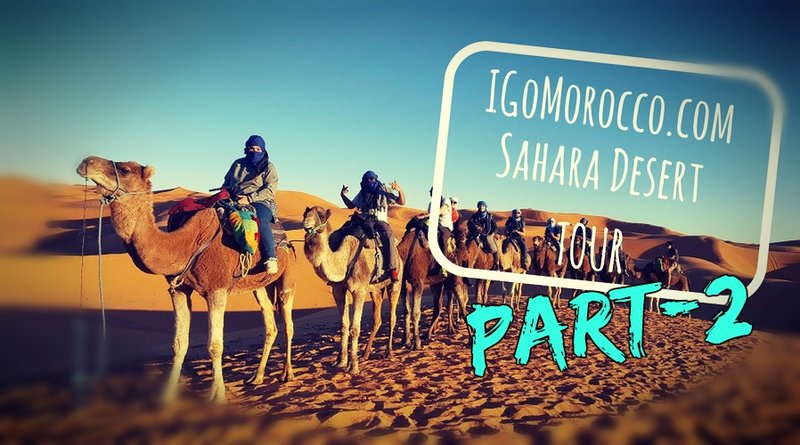 Don’t forget to catch up on Sahara Desert tour part 1 before you dive into this one.

Waking up at the crack of dawn is something I like to call waking up at ‘Stupid O’clock!‘ – I don’t like it but on this day I had no other choice.

I’ll be honest, it was a lot colder through the night than I expected, so I didn’t want to leave the snug warmth of the heated room. I didn’t want to spend another day in a mini-van but I was so excited to get to the desert.

Obviously with this being Morocco the free breakfast consisted of Moroccan tea, coffee, bread, bread, and some more bread. Remember though, it’s a long old day so stocking up on the carbs is worth it.

Unlike the previous day, this one started confusion-less , the same driver picked us up from the hotel, the same group was reunited and off we went.

Instantly accommodation stories were exchanged. Those who opted not to upgrade were clearly disgruntled with the shared accommodation and complained about just how cold it got, while those of us who upgraded kept quiet, not wanting to rub it in their faces. If it wasn’t for the upgrade I received for writing this post, I would have been one of those complaining too.

Once the complaining was over with, excitement started to filter through the group, with every mile covered the Sahara desert was getting closer. Just like the previous day the long drive was broken up with a couple of mini-tours. The first being a Berber village; was quite the education in Moroccan traditions, how they’re still upheld and how life in Morocco is so different outside of the Cities. The tour guide educated us on the importance of everybody from the nomads, the Berbers, to the people in the cities are to the fabric of Moroccan life.

Whilst being shown around the village, we were welcomed into a local house, where we were also shown how hand-woven carpets are made, and transported to the cities like Marrakesh to be sold to tourists but the true purpose of this was a subtle sales pitch. Oh yes the old man in this little clay house came prepped with a Credit Card machine and tried to sell us some carpets. He even advised the carpets would be delivered by courier, more specifically by DHL. Let’s just say none of us took a bite and the friendly old man couldn’t wait to get us out of his house to bring in the next load of tourists.

With the failed sales pitch out of the way, the group were ushered out of the house and out of the village to our final mini tour; the Todra Gorge.

I have to be honest here, if there were less tourists, fewer vehicles lining the narrow fault, walking through the footholds of this limestone gorge would have felt far more impressive. I don’t know it might be just me but whenever a space like this is crawling with tourists it just takes away some of the magic. However in saying that, as I stood in the footholds and looked up at the sheer size it did make me feel quite insignificant in the grand scale of things.

I got a lucky shot with no tourists in the way, they’re all behind me.

Are we there yet?

Finally after hours of driving through the barren lands. the Sahara desert dunes were on the horizon. The excitement built, the adrenaline started to pump as we pulled into one of the hotels, the realisation hit and a few even got giddy; we were about to go into the Sahara Desert.

Head over to Forever Roaming The World to see what happened when I ventured into the Desert.

Previous Next Table of contents

Comments on this blog entry are now closed to non-Travellerspoint members. You can still leave a comment if you are a member of Travellerspoint.

If you aren't a member of Travellerspoint yet, you can join for free.